« A strategy of minimal treatment in terms of frequency and quantity. On the other hand, labour is important in order to achieve a lighter leaf surface, which helps to optimise the maturity of the grapes. » 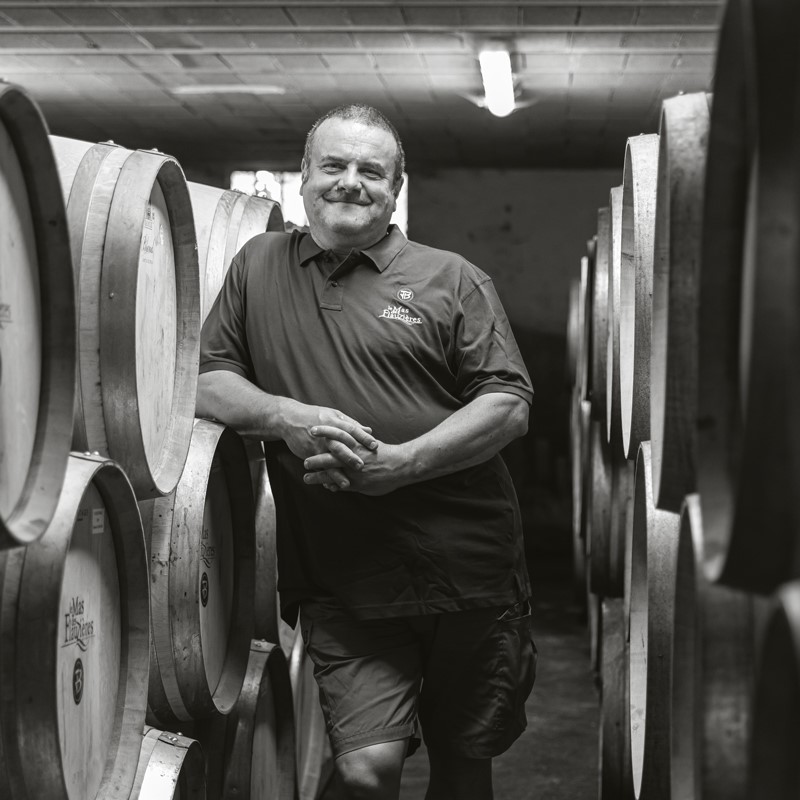 The Mas de Flauzières is a farmhouse that belonged to the castle of Entrechaux in the Middle Ages. It’s an old building located at the foot of the giant of Provence, Mont Ventoux, near Vaison la Romaine. It has been the property of the BENOIT family since the beginning of the 20th century (1919).

The son, Jérôme Benoit, after studying agronomy and oenology, decided to create his own winery and to market his wines in 2002.

The property extends over several villages from Mont Ventoux to the protected site of the Dentelles de Montmirail.

This rare advantage of finding several appellations on the same family estate will transport you from the fruity and easy-drinking Ventoux to the full-bodied and structured Grands Crus of the world-famous Gigondas.